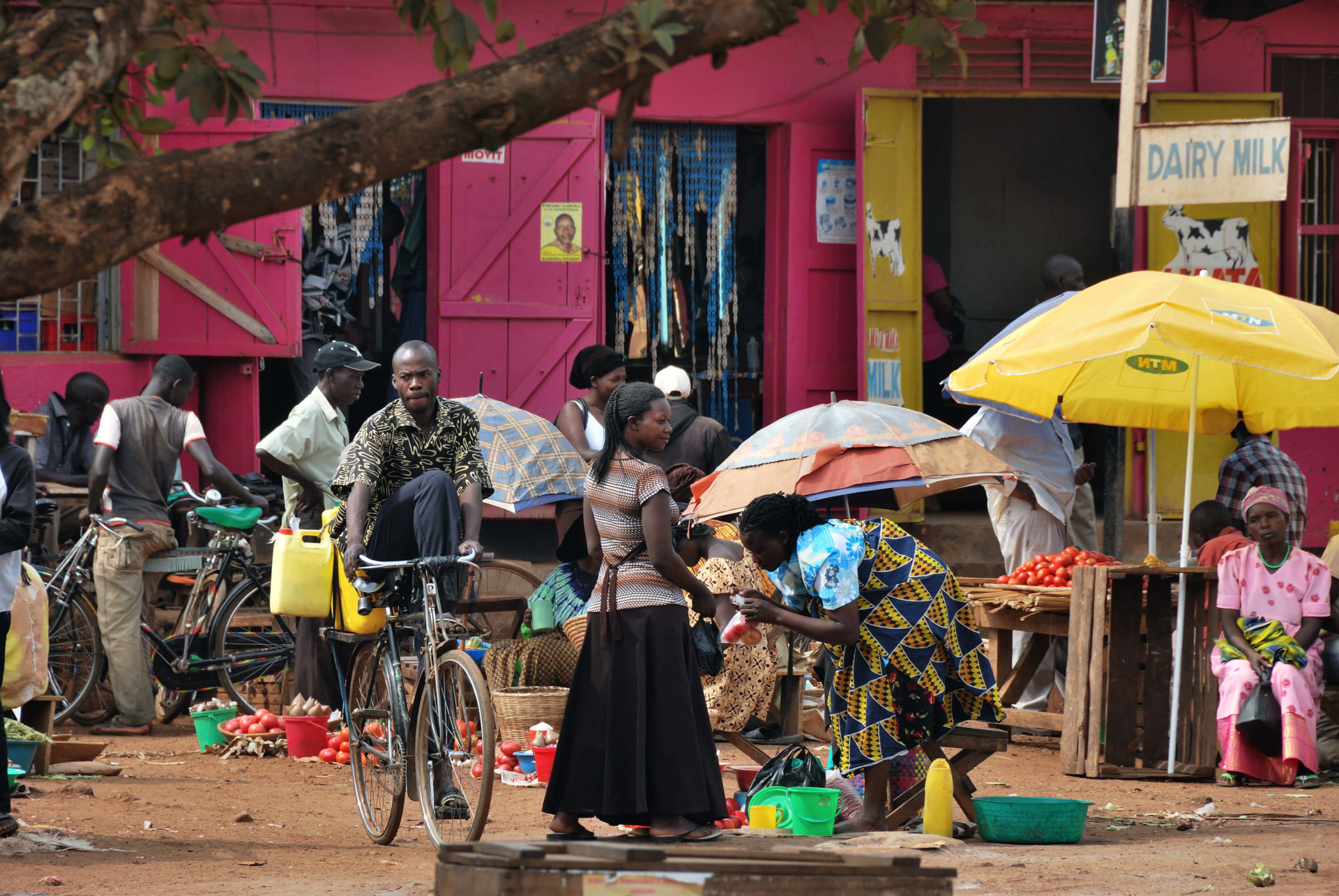 Digital Work: The Good, the Bad and the Opportunities

The great microwork debate is highly contentious – it’s both a catalyst for employment creation and a mechanism for exploitation. It’s ‘a race to the bottom’ but also a pivotal means for un- and under-employed individuals to enter previously inaccessible labour markets in rich countries. It defies geographical constraints but, conversely, exacerbates geographical biases. As more people gain connectivity, the call for greater regulation in the microwork space grows more urgent. So, what’s the best way to enforce this in a way that helps rather than hinders the people it is meant to protect?

Do people in the Global South get jobs online? 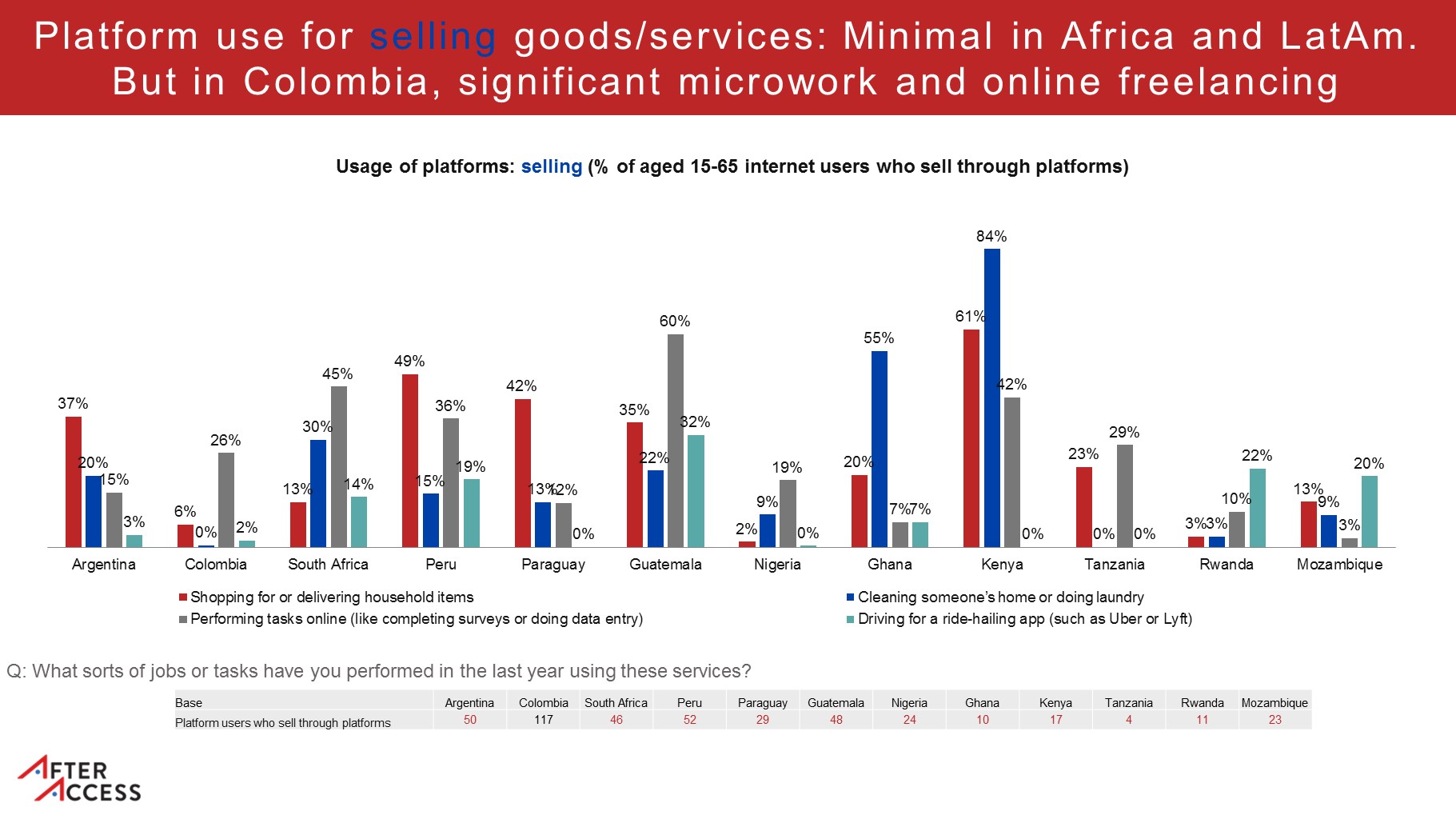 Figure 1: Selling of labor online by those of the age 15 years and above

Q: Some people find paid jobs or tasks by connecting directly with people who want to hire them using a website or mobile app. In the last year, have you earned money by taking on jobs of this type?

AfterAccess asked if people had ever found paid jobs/work/tasks by connecting with buyers online. In some countries, such as Colombia, Mozambique, a high percentage of people said yes.  In India, only 4% of the population said yes, but given the 1 billion-plus population, this is a large absolute number, albeit the low percentage.

The Oxford Internet Institute calculates (using automated scripts) the number of workers active on four large online microwork/freelancing sites. Their numbers show that outside of the United States, India, Pakistan and Philippines  are the largest providers of such labour. 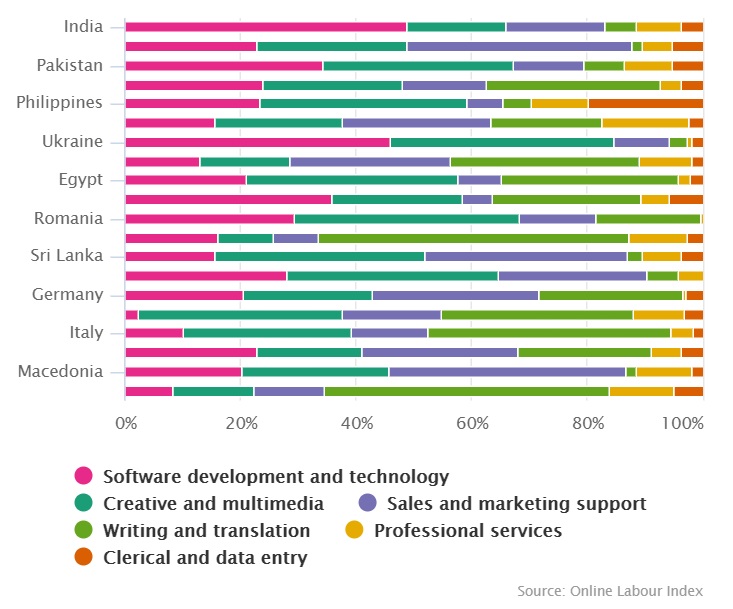 What kind of jobs do people get online?

LIRNEasia conducted qualitative research on online work in India, Myanmar and Sri Lanka. The study which included nearly 400 respondents revealed that the jobs found or sold online can be broadly classified into 3 categories:

Broadly, these jobs are characterized by “gig” work where there are no long-term contracts, work takes a finite amount of time and a large task could be divided into multiple parts and completed by multiple people who don’t know each other and are located in diverse geographic locations. Much of these jobs are conducted remotely, end-to-end: the buyer and seller never meet or have to meet. They find each other online, the work is done and delivered remotely, and payments are made remotely – all mediated through an app/the Internet.

How well do people earn, from jobs they get online?

There is a large variation in what people get paid. For example, LIRNEasia’s qualitative study in India (which included over 300 respondents) found that software development and creative multimedia (both requiring some level of skill beyond basic literacy or digital literacy) are the highest paid.

Table 1: Earnings for various types of platform-mediated work in India

Source: LIRNEasia, interviews with over 300 respondents.

The good, the bad and the opportunities.
The good:

We provide decision-makers with actionable insights on mobile and Internet access and use in the Global South. The #AfterAccess body of research includes nationally-representative, demand-side data that is comparable across more than 16 developing countries in Asia, Latin America and Africa.